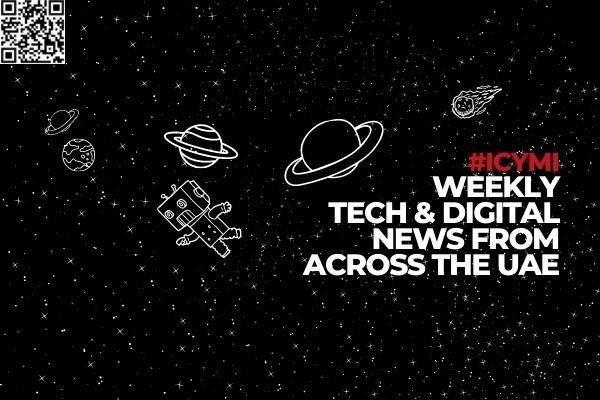 Space seemed to be all that everyone’s talking about last week. With investments by private space and high-speed transportation companies, the UAE is truly well on its way to taking off into the future.  Read about all this and more in this week’s edition of our weekly digest of tech & digital news from the UAE.

Along with cooler weather, the UAE welcomes events that cement the country’s spot as a leader in innovation and technology.

A start-up that allows you to hire personal chefs and grocery delivery robots that maximises convenience and minimises the need to come up with excuses to perform daily chores.

Fancy a trip to space from the deserts of UAE?

Jeff Bezos’s Blue Origin could open a spaceport in UAE. Brent Sherwood, SVP of advanced development programmes for the private company, said that some locations in the Sharjah desert look ‘very promising’.

UAE-based private company AzureX will be assisting Blue Origin with its localisation strategy in the UAE. AzurX will help Blue Origins expand Orbital Reef and space tourism in the UAE.

The Minister of Economy met with private company players, including representatives from Jeff Bezos’s Blue Origin, to discuss cooperation plans driving the growth and advancement of the UAE’s space economy.

There are clouds in space too!

Traditional data-collecting methods in space travel used to take days. It can now be shorted down to minutes, thanks to the advances in cloud technology.

AWS Vice President spoke about a corresponding increase in the quantity of data gathered as the scope of space missions increased.  AWS is working with the Mohamed Bin Rashid Space Centre (MBRSC) to gather data from the Hope Probe Mars mission.

And the cloud goes wild

The GCC’s public cloud market is expected to more than double in value to reach $2.4 billion by 2024, which is up from $956 million last year.

Oracle opens a cloud region in Abu Dhabi, the second in the UAE, and the third in the Middle East. The cloud region, which is a complex made of at least 2 data centres, will boost storage capacity in the face of rising demand.

A senior official said that Dubai expects to complete regulation in 2022 required to allow self-driving cars on the roads by 2023.

Robots will soon deliver your grocery!

Ride-hailing company Careem signed a pact with technology firm Kiwibot to produce grocery and food delivery robots in Dubai. Careem’s managing director of mobility, Bassel Al Nahlaoui said that the move was aimed at making people’s everyday lives simpler.  No more fighting about who’s turn it is to get groceries!

Startups in the UAE continue to thrive

Hub71, a business incubator in Abi Dhabi more than doubled the number of start-ups housed at Abu Dhabi’s entrepreneurship centre in the past 18 months.

Companies reported an average revenue increase of 35 per cent. CEO Jida Itani said that after joining, startups have experienced a doubling in venture capital funding.

Terrible at cooking? This start-up will change your life.

Dubai-based food technology start-up, HeyChef has now made it possible to have your favourite meals cooked at home by personal chefs hired on an hourly basis.

Remote job roles in the UAE are still on the rise

Research by LinkedIn has shown that remote job postings in the UAE have more than doubled, as a dynamic response to changing preferences among the UAE workforces.

33 per cent of employers said that proximity bias- the tendency to positively favour employees who are regularly seen at work – can arise.

Why you need to know about the metaverse

Facebo-ahem- Meta popularised “metaverse”, the term that captured the world’s imagination in late October. Hailed as the future of the internet, the large-scale introduction of the metaverse is now closer than ever before.

Microsoft, Tencent, and Nvidia are some of the other tech giants dipping their toes into the metaverse.

Now all we have to do is get our minds (and virtual avatars) ready for the new world.

The UAE job market continues to experience a persistent rise in demand for roles related to cloud, cybersecurity, and AI. Now more than ever, the UAE is the place to be if you’re a tech professional. 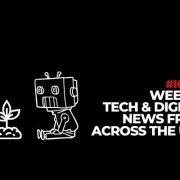 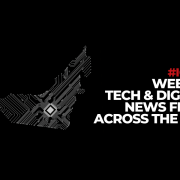 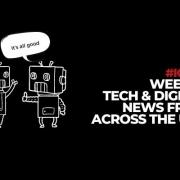 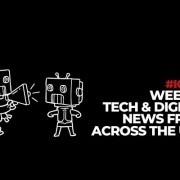 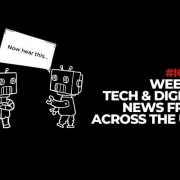 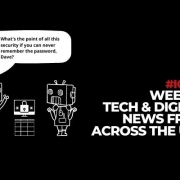 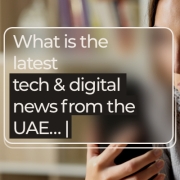