Go, or Golang is an increasingly popular language. But as a relatively young programming language, the talent pool is relatively small.

With its popularity increasing globally, competition for the best people is increasing and the challenge for CTOs & tech-leads to attract talented Golang devs is getting tougher.

If you’re planning to innovate your software product with the power of Go, this report gives insight into the hiring trends. You’ll find information on…

http://theconcertbandofcobourg.com/?page_id=1013 〉 What major-name companies use Golang within their tech stack

〉 A snapshot of what verticals use Golang

〉 How many Golang developers there are, globally

〉 Where the global hotspot for Golang devs is

THE POOL OF DEVELOPERS CAPABLE OF ENGINEERING WITH GOLANG IS LIMITED

Golang is a young language, the number of developers using the technology as their primary language has yet to mature.

Compared to developers using languages like C++, Python or Java, the global pool of Golang software developers is limited, meaning when it comes to hiring talented Golang developers, the competition is fierce.

This, however, contrasts with a rapidly growing rate of adoption in the tech stacks of global businesses across numerous key verticals.

With more companies requiring Golang developers, the talent pool is set to increase, but currently a skills gap is present.

Major tech players using Golang in their tech stack include:

Use of Golang extends across numerous verticals

THE MARKET PLACE FOR GOLANG IS CANDIDATE-DRIVEN

Many of the current, open roles available for Golang engineers require experience and skillsets more than just programming in Golang. As is evident with Kubernetes – which uses Golang to write complex, distributed systems – the requirement to fill this role requires a great deal of experience beyond programming.

The net effect of this level of expectation is driving the market rates up – in all areas (permanent, contract & freelance). And with such a limited availability of talented programmers, the negotiation power is with the talent.

It is estimated that only 10.5% of professional developers are using Go, meaning there are only an estimated 1.6-2.5 million Golang developers globally.

Asia ranks #1 globally for having the highest number of Golang developers, with 570,000 professionals claiming Go as their primary language. Within that region, China has the highest concentration; 16% of Chinese developers write in Go.

Outside of Asia, Eastern Europe is a regional hotbed for finding tech talent – with highly-skilled experts in almost any technology.

In a talent-led market, a robust package of benefits is essential. Golang developers know they can command top rates, and naturally will be swayed to join companies with the best technology stacks.

The average annual earnings of a Golang developer in the UAE are approximately 25,000 – 35,000 dhs monthly. If you’re seeking to attract a top Go dev, review the wider packages on offer to get ahead of the competition.

Research reveals that a majority of Golang professionals desire a hybrid model. A survey by Slack of 9,000 workers in six countries found that 72% prefer a hybrid remote-office model with only 12% preferring to always work in an office setting. They also found that 13% would like to always work from home if given the choice.

These findings are supported by a report published by Microsoft, that indicates over 70% of employees want flexible remote / hybrid work options to be available even post the pandemic. 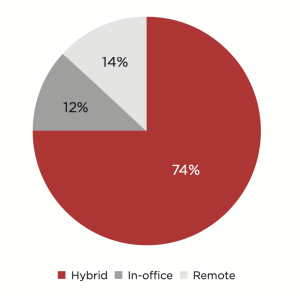 Pre-pandemic, 28.1% of developers had hybrid arrangements which has since risen, with 47.8% now expecting a hybrid arrangement. With 52% of remote workers would consider leaving their co- located company for a remote role – particularly significant given the global job market volatility.

To attract the best Golang developers to the region, the right work model is absolutely essential.

UAE companies need to look closely at its neighbours – like Europe and, indeed, the wider Middle East – that are already largely supporting a hybrid/remote working model. 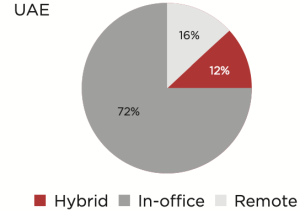 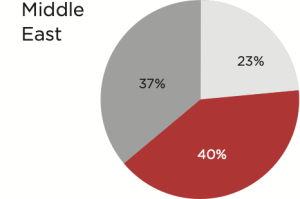 OUR EXPERTS CAN HELP YOUR BUSINESS STAY AHEAD OF THE GAME

The SGP Technology delivery team can help you attract and hire the best, high calibre Golang professionals, fast. We have built the SGP delivery team to support trailblazing businesses across the UAE mobilize the best IT, tech & digital from over 40 countries.

Whether it’s perm, contract; on-site or remote, our growing talent pool of Golang experts is ready to deploy.

If you’re looking to hire a Golang Get in touch with James Kevan or Matthew Golding if you wish to discuss a solution to your needs.